You are here: Home / Blog / Celebrating Life, Liberty and the Pursuit of Happiness 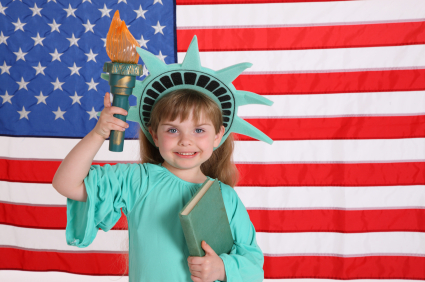 Citizens and residents of the United States celebrate July 4th as America’s birthday.  However, as students of American History will attest – the “roots” of the Declaration of Independence extend back to the days of the French and Indian War (1754-1763).

Settlers from Spain, France, Sweden, Holland, and England had been claiming land in North America beginning in the 17th century. The French and Indian War was not only the final war of many deciding who would control the Colonies  – it also served to “unite” the disjointed collection of colonies in a common purpose.  That common purpose is distilled in the document…

The Declaration of Independence

American’s LOVE to cite the  second paragraph of the Declaration of Independence:

We hold these truths to be self-evident, that all men are created equal, that they are endowed by their Creator with certain unalienable Rights, that among these are Life, Liberty and the pursuit of Happiness.

However, very few of us have read the document in its entirety.  While these are thrilling words of hope and inspiration,  the words that follow clearly illustrate the gravity of the chosen course of action.

Prudence, indeed, will dictate that Governments long established should not be changed for light and transient causes; and accordingly all experience hath shewn that mankind are more disposed to suffer, while evils are sufferable than to right themselves by abolishing the forms to which they are accustomed.
But when a long train of abuses and usurpations, pursuing invariably the same Object evinces a design to reduce them under absolute Despotism, it is their right, it is their duty, to throw off such Government, and to provide new Guards for their future security.

The founding fathers were not a bunch of hot headed hippies- ready to overthrow the status quo and take the plunge into anarchy.

They didn’t declare their independence from England lightly.

To say the Declaration of Independence of the American Colonies was a big deal would be an understatement. To create a “contemporary word picture”,  imagine if Jon and Kate Gosselin’s 8 children united and sued their parents for divorce.  That’s how “severe” this course of action was – and the Founding Fathers recognized the severity of the circumstances.

The severity and gravity of this course action is apparent in the eloquent words of the Declaration of Independence.  The remaining paragraphs carefully outline the course of events that left them no other choice than to establish a separate government.

While the opening words of the second paragraph are frequently cited and quoted, few have read to the end – where, in my humble opinion,  the most eloquent words of all reside….

And for the support of this Declaration, with a firm reliance on the protection of Divine Providence, we mutually pledge to each other our Lives, our Fortunes, and our sacred Honor.

I think the words above clearly illustrate that when Thomas Jefferson used the term “separation of church and state” in a letter to the Danbury Baptists in 1802 – he never meant for government to be “protected” from the influence of the church –  but rather he wished to protect the CHURCH from the influences of the GOVERNMENT.

However – church and state issues aside –  the sentence above illustrates the gravity of the situation at hand.  See, the 56 men who signed this document were committing an act of treason.

In the show “Arrested Development”, the father is charged with treason – and when his son confronts him  with this charge, the father deflects by saying “It’s just my first offense!”   His son responds, “I’ve never heard of a second!”

From  The Fate of the Signers of the Declaration of Independence

With only a few exceptions, such as Samuel Adams of Massachusetts, these were men of substantial property. All but two had families. The vast majority were men of education and standing in their communities. They had economic security as few men had in the 18th century.

Even before the list was published, the British marked down every member of Congress suspected of having put his name to treason. All of them became the objects of vicious manhunts. Some were taken. Some, like Jefferson, had narrow escapes. All who had property or families near British strongholds suffered.

Each had more to lose from revolution than he had to gain by it.

The last line – is a given.  There are many debates that rage over what REALLY happened to the original 56 signatories to the Declaration of Independence but one thing I know for sure…  this course of action was definitely not the “softer and easier” way.

It would have been far easier for not only these 56 men – but for every other Colonist who served in the first Continental Army – to “do nothing” rather than to act boldly.

Today I’m remembering the sacrifices they made.   As I reflect on this, my prayers go out to those in Iran who have the same yearnings for freedom that those 56 signers had years ago. I know that I frequently lose sight of all that was sacrificed so I could freely engage in the pursuit of life, liberty and happiness but the news from the other side of the world is reminding me of an important fact…

Freedom has never been and will never be free.